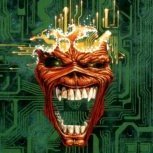 By Zagan,
April 18 in Pimp Dreams