Congratulations on the new zombies 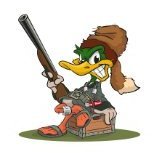 By Hunter of zombie pigs,
June 8 in General Discussion