Being your own worst enemy 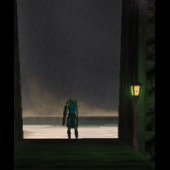