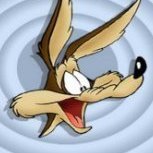 By zztong,
June 17 in Pimp Dreams