Will the new Unity Englne in A17 be kinder to multi-core CPUs? 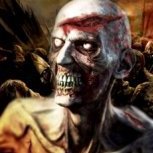