thoughts from a chef 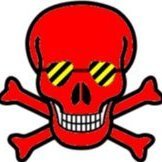 By blitzkrieg7498,
January 24 in Pimp Dreams