Homesick for A16. Where has all the difficulty gone from the game? 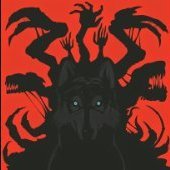 By Howlune,
January 24 in Pimp Dreams