What is your favorite POI or Location to make a Base in Alpha 20? 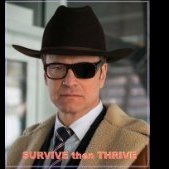 By PoppaSmirk
December 22, 2021 in General Discussion