A20 - Is Crafting finally worth it again? 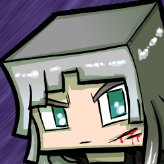 By Sephiroth,
December 4, 2021 in General Discussion