I finally found a way to make the game interesting 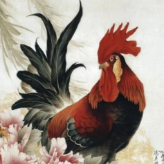 By bachgaman,
September 27, 2021 in General Discussion