What would we like to see in the game? 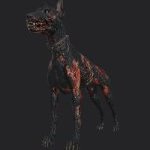 By Juui,
June 6 in General Discussion