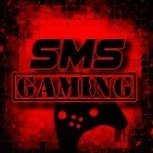 By wicketness,
June 1 in Servers & Community