Posting in the Mod Forum ×
Reporting Bugs for PC Version 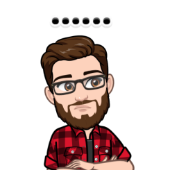 By saminal,
January 6 in Mods